Rosneft is Russia’s principal oil and gas corporation and the industry’s worldwide leader in production volume.

A need for a technical diagnostics method that detects early-stage defects in all types of electrical substations and electrical equipment. The solution should also support the transition from equipment’s scheduled preventive maintenance to its technical condition-based maintenance and repair program.

The ultrasonic NL Camera for partial discharge detection is efficient at finding defects in their early stages and can be used for in-depth analysis for predictive maintenance and repair planning.

In a comparative analysis with an infrared (IR) and an ultraviolet (UV) camera, the ultrasonic NL Camera proved to have significant advantages over the other two technologies, such as a reduction in audit time, simple user interface, and overall ease of use. These save money, time, and resources.

Companies, especially those in the energy industry, are eager to find solutions for the transition from electrical equipment’s scheduled preventive maintenance to more cost-effective maintenance and repair according to the technical condition. To discover such a solution, SamaraNIPIneft LLC, part of the Rosneft Corporate Research and Development Complex, tested the ultrasonic NL Camera against two other devices and found it to have several advantages 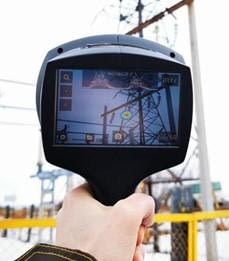 Image 1. The NL Camera found a surface discharge on one of the insulators in the garland of the VL 110 kV insulators. The partial discharge was missed by the infrared and UV cameras.

SamaraNIPIneft LLC evaluated the NL Camera’s technical diagnostics capabilities in a comparative analysis with a market-leading manufacturer’s infrared (IR) camera and a well-established daytime UV camera at Rosneft’s JSC Samaraneftegaz facilities. The test participants examined the devices’ operation at a 110/35/6 kV Substation (UKPN-2) and the facility training ground. The results show that the NL Camera offers several benefits over the IR and UV cameras. Some of the most notable are a reduction in audit time and a decrease in the probability of missing a defect.

The above benefits follow from the NL Camera’s capability to detect a defect signal without a direct line of sight—something that the IR and UV cameras lack. The NL Camera proved this at the JSC Samaraneftegaz facility by discovering a partial discharge on a 110 kV portal insulator’s garland from the back of the insulator’s plate. The IR and UV camera failed to find the partial discharge from this angle. Furthermore, the NL Camera’s capability to accurately detect several types of partial discharges that the other technologies can miss improves the likelihood of finding all the potential problem cases.

“The ultrasound scanner showed the possibility of detecting a defect without a visible source.”

The NL Camera operates on both sonic and ultrasonic frequencies and detects early-stage defects in electrical equipment, such as insulators and transformer entries, which emit sound but not yet heat. As a result, the NL Camera found a partial discharge indicating a possible electrical problem in a 110kV disconnector that the IR camera could not detect. 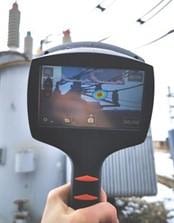 Image 2. The NL Camera was also successful in detecting a discharge on a support insulator.

On-Device Analytics Combined With Ease of Use

The test participants found that the NL Camera’s analytics enabled a preliminary assessment of the equipment’s condition and faster problem-solving. The on-device PRPD pattern offered a quick, preliminary qualitative and quantitative analysis of the results: an immediate identification of the signal type (PD or noise) and PD type classification. The decibel level the camera shows is connected to the intensity of the defect, which enables periodic monitoring of the defect’s trend.

The test participants also noted the NL Camera’s clear user interface and how convenient the device was to operate. These translate to minimal required training, saving time, money, and resources.

“The ultrasonic research method showed its effectiveness and high sensitivity to the detection of defects in the diagnostic process.”

If you are interested in how the NL Camera can help you, do not hesitate to contact our sales department for further information.